Posted by RoseCovered Glasses at 10:54 AM 4 comments:

US ARMED FORCES AND INSTALLATIONS WORLDWIDE 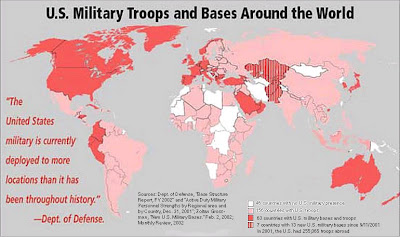 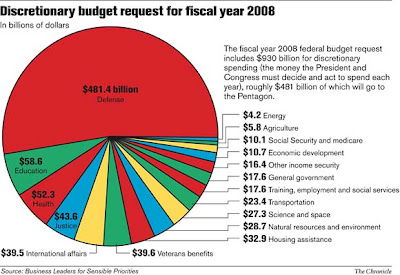 We have bought into the Military Industrial Complex (MIC) ever since we took on Russia in the Cold WAR.

Through a combination of public apathy and threats by the MIC we have let the SYSTEM get too large. It is now a SYSTEMIC problem and the SYSTEM is out of control.

I am a 2 tour Vietnam Veteran who recently retired after 36 years of working in the Defense Industrial Complex on many of the weapons systems being used by our forces as we speak.

There is no conspiracy. The SYSTEM has gotten so big that those who make it up and run it day to day in industry and government simply are perpetuating their existance.

The politicians rely on them for details and recommendations because they cannot possibly grasp the nuances of the environment and the BIG SYSTEM.

So, the system has to go bust and then be re-scaled, fixed and re-designed to run efficiently and prudently, just like any other big machine that runs poorly or becomes obsolete or dangerous.

This situation will right itself through trauma. I see a government ENRON on the horizon, with an associated house cleaning.

The next president will come and go along with his appointees and politicos. The event to watch is the collapse of the MIC.
Posted by RoseCovered Glasses at 12:30 PM 24 comments: 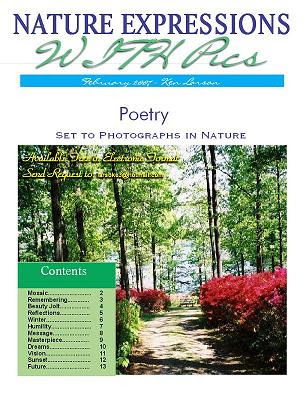 THIS BOOK IS FREE IN ELECTRONIC FORM. PLEASE CONTACT:

Posted by RoseCovered Glasses at 8:21 PM No comments:

IRAQ - WHAT IS THE "BLUE BOOK" VALUE OF A USED ABRAMS TANK? 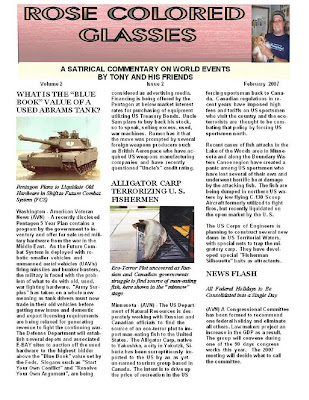 Posted by RoseCovered Glasses at 12:09 PM No comments: