HAPPY HOLIDAYS FROM THE VETERANS IN HASTINGS MINNESOTA 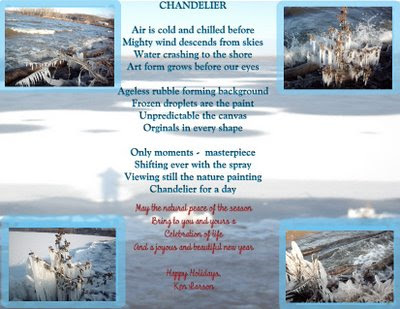 Posted by RoseCovered Glasses at 12:42 PM No comments:

UPDATES - ON STATUS OF NAVY VETERAN WITHOUT A COUNTRY - GOVERNMENT CONTRACT WASTE, FRAUD AND ABUSE

TONY ROSE GETTING PRESS AND GOVERNMENT COVERAGE ON HIS PENSION STATUS

The Pioneer Press has run a story on Tony Rose, the Navy Veteran who has not been able to collect his social security pension for 2 years while being snared in a malfunctioning Homeland Security database:


The Office of Norm Coleman and the St. Paul Pioneer Press have also interviewed Mr. Rose in continuing efforts to focus attention to his problem.

Mr. Rose's case has not been re-opened by the St. Paul Office of the Social Security Administration and his lawyer is preparing affidavits in pursuit of hearings on the matter.

The following two stories detail the horrendous waste of taxpayer money in connection with federal contracts containing funds earmarked for support of the Iraq war.

The data points to the escalating demise of the Military Industrial Complex as covered in the following postings: