12 Names on a Wall in Washington D.C.

Forgotten by Many but Not By Me

To those who died serving USAECAV 1966-1968 Countrywide


Database of the 58,195 Names on The Wall in Wash,D.C. This is the most accurate database online.

kl
Posted by RoseCovered Glasses at 5:56 AM No comments: 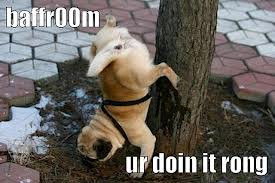 The candidates who will make conscious decisions to participate in bipartisan plans to "De-Constipate" government as a first priority.

The laxatives are: Leadership, Listening, Compromise and Action - in that order.

Posted by RoseCovered Glasses at 7:10 AM No comments:

PRACTICAL REALITY IN GOVERNMENT FOR 2013

George Friedman at STRATFOR recently offered two commentaries on our nation and its future leader that we find worthy for consideration on the eve of the 2012 Elections. 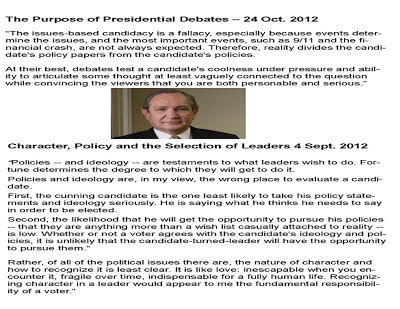 Mr. Friedman points to a practical reality.  Presidents manage as they must. The real issue for the winner of this election will arise when the Chinese and our other major creditors stop showing up at our bond auctions and our credit and credibility diminish to dysfunctional levels on the world stage.

Until then our stagnated, polarized, congress will kick the can down the road as they have with current legislation that postpones any consideration of the issues until after the election and lays the challenge off on Sequestration, due to begin in early January, 2013.

The new White House occupant (or the same one) will be just as bound and tied by the inability of our elected representatives to compromise. This situation is an economic illness.

Our country has caught a catchy illness of political diatribe and inaction.  Let us hope for some leadership in Congress that is driven by the practical reality of the world at large and is not based on the rarefied air of financial pocket-lining on the Washington D.C.  Beltway.

The clock is ticking:

Posted by RoseCovered Glasses at 5:30 AM No comments: