"The annual Washington Technology Top 100 ranks the largest government contractors in the market based on their prime contracts.

"For the second year in a row, a new company holds the No. 1 spot on the annual Washington Technology Top 100.

Last year, Leidos unseated Lockheed Martin after a 22-year run. But this year, Leidos is pushed aside by General Dynamics with Leidos dropping one position to No. 2.
The rise of both Leidos and GD in the rankings is thanks in large part to transformational acquisitions the companies completed. Leidos acquired Lockheed Martin’s IT business in 2016. And GD acquired CSRA earlier this year.
But those deals are about more than just the companies involved. They point toward a market that is undergoing a fundamental change.

The annual Washington Technology Top 100 ranks the largest government contractors in the market based on their prime contracts. We analyze data from the Federal Procurement Data System to identify the top companies providing IT, telecommunications, systems integration and professional services to federal agencies.

You can look up and down the 2018 list and see signs of changes in the market. The M and A activity is the most obvious signs. Besides General Dynamics' acquisition of CSRA, there are other significant deals.

One to watch going forward is the three-way merger of Vencore, KeyPoint Government Solutions and the U.S. public sector business of DXC Technology. The new entity now known as "Perspecta" came in at the No. 9 spot with nearly $3 billion in prime contracts.

Both companies were created via divestitures by other Top 100 companies. Peraton is the former IT services arm of Harris Corp. and NTT Data acquired Dell’s services business.

The Top 100 also shows some of the emerging tech and business trends in the market.

In recent years we’ve seen the emergence of several companies focused on the space market. Last year, SpaceX made its debut at No. 54 and this year it has come in at No. 46 with $482.1 million in prime contracts.

Executives from companies such as CACI International (No. 10), and Science Applications International Corp. (No. 9) said space is among one of several growing areas for contractors. And we’ve seen several other companies move into the space market and adjacent areas such as Parsons Corp.’s recent takeover of Polaris Alpha. Parsons is ranked No. 50.

Other priority areas include electronic warfare, unmanned systems, data analytics, machine learning, cloud and IT modernization. There also is strong demand for DevOps and Agile application development capabilities.
Some of these are already well established but others are just emerging but carry great promise.

For example, Booz Allen Hamilton (No. 7) is investing in machine learning because executives see it as a game changer for government agencies.
“We are seeing a lot of energy in our client base around an eagerness to learn more and do some piloting around how to apply that technology,” said Gary Labovich, a Booz Allen executive vice president.

And of course, cybersecurity rides as a layer over all of these areas and is a core offering for many companies.

For example, Unisys (No. 41) has developed the Stealth product, which is built on a micro segmentation software platform and mitigates the risk of a hackers by reducing the surface area they can attack.

Unisys’s development of the Stealth product is just one example of how many Top 100 companies investing in the development of solutions and reducing their reliance on just providing services to their customers.

“Our whole story line is we’re moving from being completely reliant on services to balancing our portfolio with solutions,” said CACI CEO Ken Asbury.
Companies on the Top 100 also are becoming more aggressive and increasing the pace at which they submit proposals.

Agencies also have moved away from low price, technically acceptable contracts. Executives also are heartened by a trend toward more industry engagement as evidenced by the use of Other Transaction Authorities and activities by organizations such as the Defense Innovation Unit Experimental. These new ways of doing business are driving innovation and the adoption of new technologies.

“I’d like to see it continue in that direction,” said George Wilson, president of ECS Federal (No. 47). “That’s the area we’re focusing all of our attention. We’ve moved away from the lower-end commoditized services and we’ve moved more and more into delivering advanced capabilities.”

Many of the executives reported a rebound in the market and the Top 100 itself validates that believe.

The aggregate value of the prime contracts won by the Top 100 companies reached $105.3 billion this y ear, compared to $101.9 billion last year.
That is two years of back to back growth in the market following five years where the market shrunk.

And with a two-year budget framework in place, the expectation is that the market will continue to grow for at least that period.

“The entire industry gets an opportunity to put sequestration in the rearview mirror for a while, at least for a couple years, and build the capabilities and solutions that have been put to the side,” Asbury said."

Posted by RoseCovered Glasses at 7:09 AM No comments: 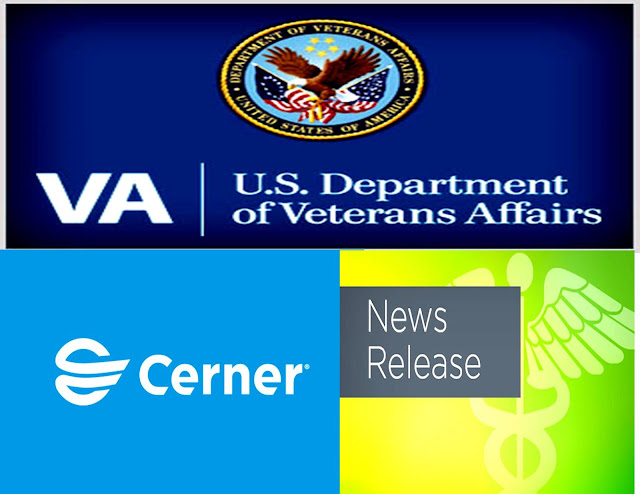 "The Department of Veterans Affairs admitted this month that its 10-year, $10 billion-plus project to create an interoperable electronic health record system incurred a $350 million cost overrun right out of the gate–a potential red flag in the latest effort to develop an integrated records system that also works with the Department of Defense’s system.
At a hearing of the House Veterans Affairs Subcommittee on Technology Modernization, John Windom, who’s leading the VA project, said original estimates did not include 10 years’ worth of salaries for government employees working on the project, resulting in the $350 million overrun. "Early Cost Overrun

Editors' Note:  The story herein on “FEDSCOOP” announces the latest trip on a decades- long road of efforts by the Veteran’s Administration to connect the  health care systems of the military with those of the VA and establish state of the art records keeping for veterans.

This sole source, non-competitive, contract award to CERNER,  a commercial firm in lieu of in-house systems development  is a major change in approach from past efforts that have cost billions and led to shut downs and start overs.

Having seen these types of government systems management challenges from the inside for over 4 decades I find myself sincerely doubting that both the scope and the price tag are final.   For historical perspective, please see: 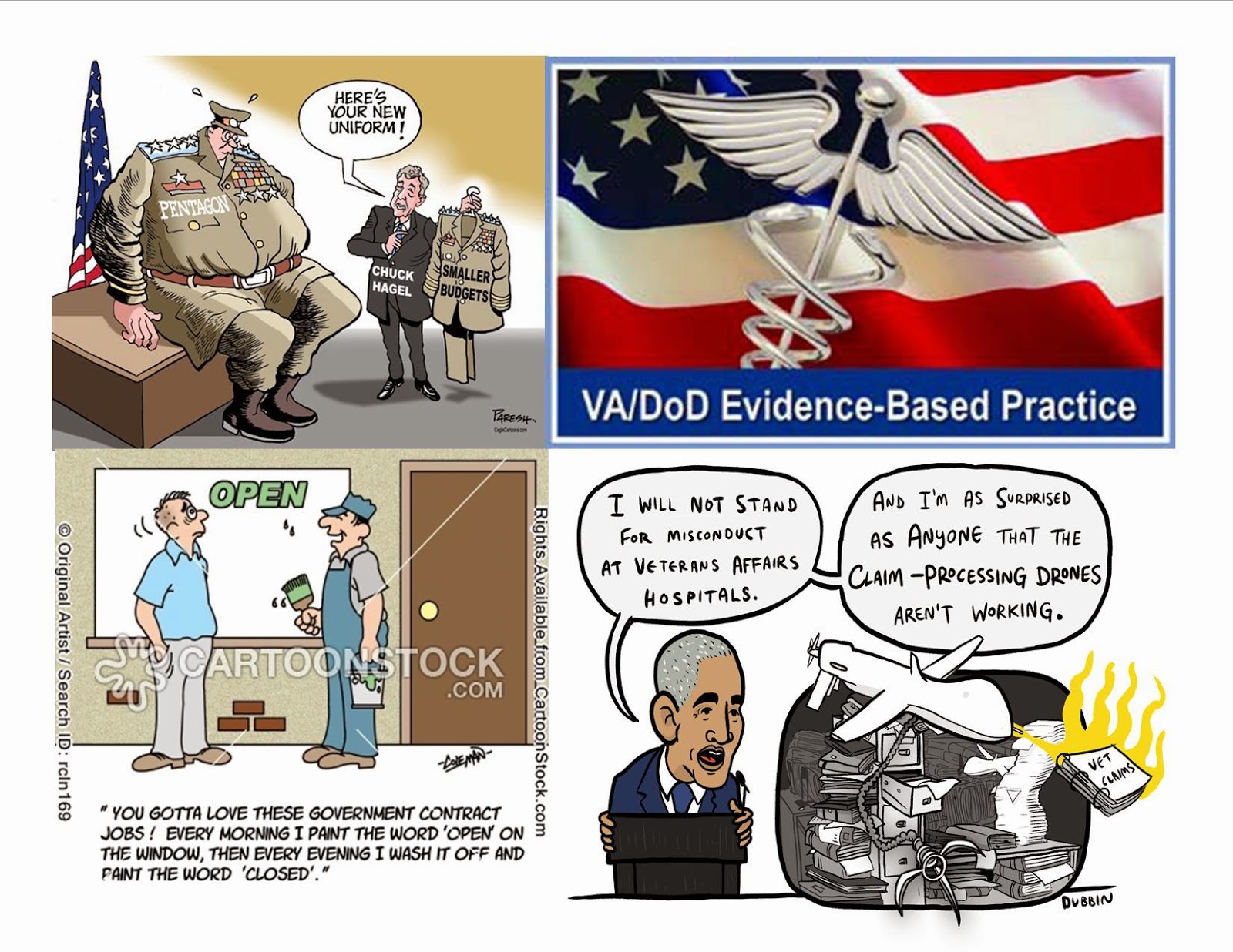 "The Department of Veterans Affairs announced Thursday that it has officially signed a contract with Cerner for a new electronic health record (EHR) system.

The inked contract is worth up to $10 billion over 10 years.

“With a contract of that size, you can understand why former Secretary [David] Shulkin and I took some extra time to do our due diligence and make sure the contract does what the President wanted,” acting Secretary Robert Wilkie said in a statement. “President Trump has made very clear to me that he wants this contract to do right by both Veterans and taxpayers, and I can say now without a doubt that it does.”

The new EHR will be “similar” to that used by the Department of Defense, which will allow patient data will be “seamlessly” shared between the two. This has been a major pain point with the Department’s current EHR, the Veterans Information Systems and Technology Architecture, or VistA.

Wilkie reiterated Shulkin’s comments, from March, that the VA will learn from some of the DOD’s challenges in deploying its new EHR, known as MHS Genesis, and will not fall prey to the same pitfalls, which have plagued early pilots of the system and led to a report calling it “neither operationally effective nor operationally suitable.”

“VA and DoD are collaborating closely to ensure lessons learned at DoD sites will be implemented in future deployments at DoD as well as VA,” Wilkie said. “We appreciate the DoD’s willingness to share its experiences implementing its electronic health record.”
“Signing this contract today is an enormous win for our nation’s Veterans,” Wilkie said. “It puts in place a modern IT system that will support the best possible health care for decades to come. That’s exactly what our nation’s heroes deserve.”

However big an announcement this may be, actual rollout of the new EHR will take time. At an event in January, former VA CIO Scott Blackburn told the crowd to expect another 10 years of VistA."

Posted by RoseCovered Glasses at 6:22 AM No comments: