WHAT THE AMERICAN PUBLIC MUST KNOW ABOUT THE PENTAGON

The Department of Defense, headquartered in the Pentagon, is one of the most massive organizations on the planet, with net annual operating costs of $635 billion, assets worth $1.3 trillion, liabilities of $1.9 trillion and more that 2.9 million military and civilian personnel as of fiscal year 2005.

It is difficult to convey the complexity of the way DOD works to someone who has not experienced it. This is a massive machine with so many departments and so much beaurocracy that no president, including Bush totally understands it.

Presidents, Congressmen, Cabinet Members and Appointees project a knowledgeable demeanor but they are spouting what they are told by career people who never go away and who train their replacements carefully. These are military and civil servants with enormous collective power, armed with the Federal Acquisition Regulation, Defense Industrial Security Manuals, compartmentalized classification structures and "Rice Bowls" which are never mixed.

Our society has slowly given this power structure its momentum which is constant and extraordinarily tough to bend. The cost to the average American is exhorbitant in terms of real dollars and bad decisions. Every major power structure member in the Pentagon's many Washington Offices and Field locations in the US and Overseas has a counterpart in Defense Industry Corporate America. That collective body has undergone major consolidation in the last 10 years. What used to be a broad base of competitive firms is now a few huge monoliths, such as Lockheed Martin, General Dynamics, Northrop Grumman, Raytheon and Boeing.

Government oversight committees are carefully stroked. Men like Sam Nunn and others who were around for years in military and policy oversight roles have been cajoled, given into on occasion but kept in the dark about the real status of things until it is too late to do anything but what the establishment wants. This still continues - with increasing high technology and potential for abuse.

Please examine the following link to the Bill Moyers interview with Franklin C. Spinney. It provides very specific information from a whistle blower who is still blowing his whistle (Look him up in your browser and you get lots of feedback) Frank spent the same amount of time as I did in the Military Industrial Complex (MIC) but in government quarters. His job in government was a similar role to mine in defense companies. Frank's emphasis in this testimony is on the money the machine costs us. It is compelling and it is noteworthy that he was still a staff analyst at the Pentagon when he gave this speech. I still can't figure out how he got his superior's permission to say such blunt things. He was extremely highly respected and is now retired.


The brick wall I often refer to is the Pentagon's own arrogance. It will implode by it's own volition, go broke, or so drastically let down the American people that it will fall in shambles. Rest assured the day of the implosion is coming. The machine is out of control.

If you are interested in a view of the inside of the Pentagon procurement process from Vietnam to Iraq please check the posting at this blog entitled, "Odyssey of Armaments"

On the same subject, you may also be interested in the following post from the "Project On Government Oversight", observing it's 25th Anniversary: 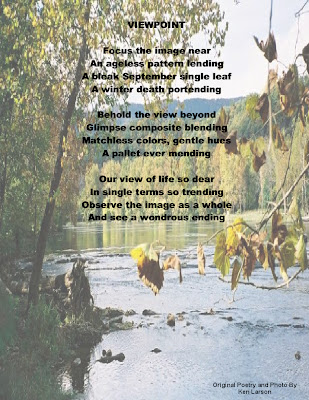 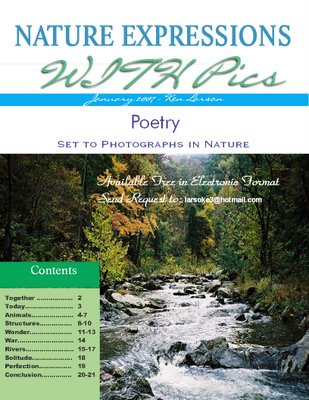 NATURE EXPRESSIONS WITH PICS IS AVAILABLE FREE IN ELECTRONIC FORMAT
PLEASE SEND YOUR REQUEST TO: