"WHEN WILL THE CONTRACTORS CONTRACT?

How the Pentagon Floats to the Tax Payer the Massive, Tiered, Overheads of Major Corporations in the Military Industrial Complex 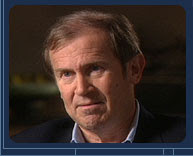 Chuck Spinney Photo Courtesy of Bill Moyers Interviews at "Now" on PBS http://www.pbs.org/now/transcript/transcript_spinney.html
The following article is an outstanding guest blog by Chuck Spinney  on the Project on Government Oversight (POGO) a venerable Washington D.C. Non-Profit that has been around since they first assisted in bringing attention to $640 toilet seats and $436 hammers of the 1980s.

Spinney spent 33 years at the Department of Defense including 26 years as a staff analyst, has testified before congress and won many awards for his straight forward critique of the Pentagon.

Rather than blowing whistles on classified data, Chuck has been respected for years for his straight-forward views and recommendations on how the Pentagon, our biggest government agency, has been managed.   This is a man who has been there.

Below is an extract from Chuck's article and a link to it at POGO:

The reason the Pentagon does not want auditable books is simple: the Military-Industrial-Congressional Complex benefits  from the money flows hidden in the perpetual chaos of the bookkeeping shambles. "
http://www.pogo.org/blog/2013/06/when-will-the-contractors-contract.html

Posted by RoseCovered Glasses at 4:00 AM No comments: