How To Increase Civilian Understanding Of Our Military And First Responders 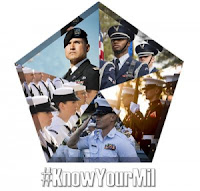 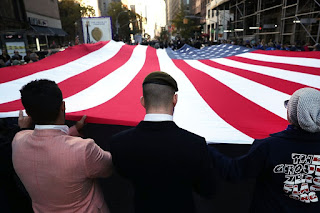 "MILITARY TIMES” By Kevin M. Schmiegel and Patrick A. Burke


“Addressing the civilian-military/civilian-service divide and ensuring support for our military, first responders, and their families, are critical at this time.

Americans are also less personally connected to military service than ever before. According to the Department of Defense, the number of young adults with parents who have served in the military has dropped from 40 percent in 1995 to 15 percent today, and less than 1 percent of the U.S. population currently serves in the armed forces, compared with more than 12 percent during World War II.”

Unfortunately, a similar “civilian-service divide” is developing between the general public and the 2.3 million police and firefighters who also serve in harm’s way. In the most recent Bureau of Justice Statistics survey issued last fall, the number of Americans age 16 or older who had contact with the police declined from 26 percent to 21 percent in four years, a drop of more than 9 million people.

This lack of understanding and positive interaction could also be contributing factors to record-low levels of recruitment for both the military and law enforcement.

Examples of how communities are joining together successfully to share experiences can be seen through recent events in Baltimore on June 1, Philadelphia on July 11, and Nashville on Aug. 17, when hundreds of volunteers stood alongside service families to express gratitude in a tangible way. The battalion chief for the Baltimore County Fire Department said it was “the most incredible thing” he had seen in almost 44 years in fire service. That sentiment was further reinforced by the Baltimore Police Department’s chief of patrol, who pointed out officers “needed the community … to help solve issues.”

Fittingly, a similar large-scale service project took place in New York City on Sept. 5 with the production of more than 10,000 signature Operation Gratitude Care Packages and Care Pouches. During the week of Sept. 11, volunteers will deliver those packages to deployed service members around the world and to first responders who responded to the Pentagon attack 18 years ago. These interpersonal activities will help close the gap between those who serve and those who are served and provide avenues to express mutual respect and appreciation.

With the deaths of 15 service members in Afghanistan and 118 police and firefighter fatalities here at home so far in 2019, communities in our country yearn for opportunities to recognize and thank all who serve in uniform. Hands-on volunteerism is the most effective way for American citizens to engage with our military and first responders, forge strong bonds and build sustainable relationships that ultimately will strengthen their communities, as well as strengthen the resolve of the brave men and women who serve and protect them.”

The Honorable Patrick A. Burke is the former United States marshal and assistant chief of police for the District of Columbia, and now serves as the executive director of the Washington D.C. Police Foundation

e Images
Posted by RoseCovered Glasses at 6:18 AM No comments: