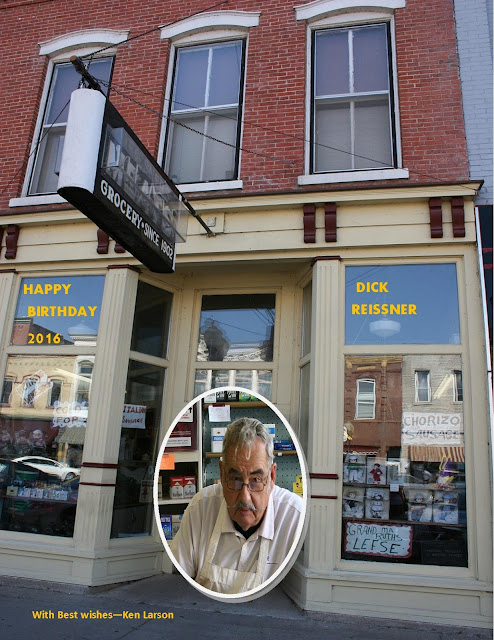 Posted by RoseCovered Glasses at 12:31 PM No comments:

Iraq And The Cost of Geopolitical Hubris 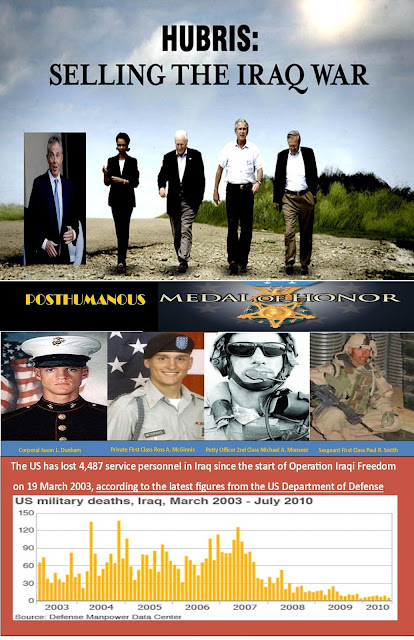 “These leaders created a false case for invading Iraq and then utterly mismanaged the occupation.

It seems a long time ago, and in a world far, far away, that George W. Bush, Dick Cheney and Donald Rumsfeld, enthusiastically supported by Tony Blair, went to war with Iraq.

Yet now a long and long-overdue British report into Britain’s role in that war, the report of the official and independent Iraq Inquiry Committee led by John Chilcot, has been published, reopening wounds and forcing Mr. Blair back into the limelight to defend why, despite so much evidence and advice against joining in the Bush administration’s misguided enthusiasm for invading Iraq, he chose as prime minister to throw his full support behind America.

Mr. Blair’s message to Mr. Bush at the time — “I will be with you, whatever” — leaps out painfully from the report’s 2.6 million words, proclaiming a blind loyalty that the Iraq war only helped erode, and that seems especially archaic now that Britain’s vote to leave the European Union has raised questions about its role in NATO and its place as America’s closest European ally.

Mr. Blair’s critics are no doubt disappointed that in response to the Chilcot report, he has continued to defend his actions. “I believe we made the right decision and the world is better and safer as a result of it,” he said, which seems willfully blind to the current chaos in Iraq and beyond. But if he would not confess that he erred in his decision, he did acknowledge, “There’s not a single day that goes by that I don’t think about it.”

His plea for understanding the context in which he made his decision to stand with the United States, the confusion and the need for action after the terrorist attacks of 9/11, seems tragically inadequate and self-serving with so many lives lost — more than 200 Britons, at least 4,500 Americans and more than 150,000 Iraqis, most of them civilians — and so much treasure spent prosecuting a war that was built on falsehoods.

While there have been no consequences for Mr. Blair himself, the political judgment of the British has been decisive, rendering the Iraq war as a defining blot on Mr. Blair’s 10 years in office.

The report should not be read as an indictment only of Mr. Blair’s foolish decision. Though the United States was not the subject of the inquiry, it was the Bush administration that falsely sold and launched the invasion. There has been no comparable, comprehensive official inquiry in Washington by independent investigators into the origin and politics of the fateful decision to go to war. Years have passed, but the public, in the United States and abroad, still yearns for the full truth and deserves an American investigation on the scale of the 9/11 Commission.

Given the partisan divide in Washington, however, it is hard to believe a similar exercise would produce anything even remotely dispassionate or honest.

And yet it is the United States, far more than Britain, that needs to understand how national policy can be hijacked by lies and ideology so that there’s less chance it will happen again.”

Posted by RoseCovered Glasses at 5:48 AM No comments: