“The legislation recognizes a deep truth that America needs to take onboard if it is going to end veteran suicide: VA can’t do this job alone and American communities want to help their veterans.

Of the 20 veterans, reservists and guardsmen who take their lives each day, 60 percent of them are not currently seeking care at VA…..”
_______________________________________________________________________
“In February 2018, one of our nation’s best and brightest chose a path that too many of our military leaders take after they leave the service.
Cmdr. John Scott Hannon, who had a distinguished career in U.S. Special Operations Command and as a leader of SEAL Team Two, took his own life.
I never had the privilege of meeting this patriot, but as a Navy combat veteran who served during the Vietnam War, I am proud to have served in a branch that produces such fine men as Hannon. This nation is equally proud of his record of service in Europe, the Middle East and Asia.

As a former secretary of the Department of Veterans Affairs, I am especially troubled by his passing, and I remain concerned about the ongoing tragedy of veteran suicide.

Fortunately, before he left us, Hannon laid out a path this country would do well to explore in order to end this tragedy once and for all. He found comfort in working to improve the mental health of other veterans, even as he was working on his own recovery.What he was trying to do was rebuild connections between veterans and their communities that can help heal the terrible wounds our men and women sometimes suffer as they defend this nation. And I am pleased to see an attempt to follow the advice Hannon left behind, which has the potential to save thousands of veterans and spare their families a grief that no family should have to bear.

In August, the Senate took an important step toward that vision by passing the Commander John Scott Hannon Veterans Mental Health Care Improvement Act. The Senate’s unanimous vote shows how the power of a good idea can cut through the usual partisan divide and win quick support, and it’s critical that the House take up this work and pass the bill as well.

This legislation is a bipartisan push to implement many of the best ideas about recovery, connection and community. It would establish a new grant program that would let the Department of Veterans Affairs (VA) fund community organizations across America that can work to identify at-risk veterans and promote early intervention at the ground level.

It would expand veterans’ access to alternative care programs and provide grants to non-VA organizations that provide mental health services.

It would give guardsmen and reservists access to VA Vet Centers in their communities for mental health screening, counseling and other services.

And it would boost the care that many veterans seek at VA, by ensuring every VA hospital has at least one suicide prevention coordinator on staff, increasing VA research on mental health, and increasing capacity for telehealth services to reach rural veterans.

That means we need to reach beyond VA and work closely with organizations that can reach veterans where they live, and the Senate bill does just that.

Anyone who has led the VA knows that one of our toughest challenges is making sure veterans return all the way home to a country that loves them and respects their service.

The Senate’s passage of this bill is a much-needed step in the right direction that will give more organizations the tools to help, not just VA. I urge House leaders to pass it quickly so all of America can get to work and help our veterans in need.” 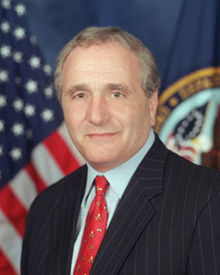 
Posted by RoseCovered Glasses at 6:25 AM No comments: