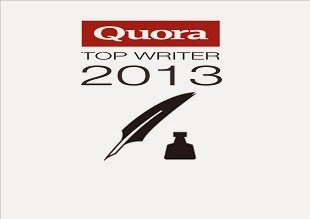 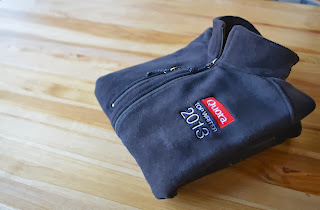 ﻿
A Neat Award from Quora. Quill and Ink badge on Quora profile and a fleece jacket with emblem.

Click on page linked below for quill and ink badge to view details.  (no registration required). 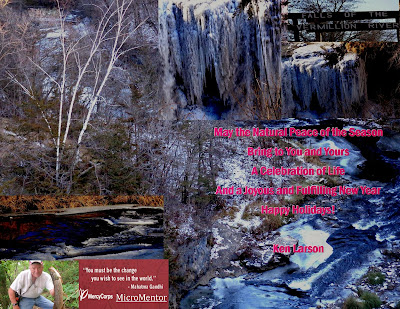 PLEASE CLICK ON PHOTO TO ENLARGE
﻿
﻿
Posted by RoseCovered Glasses at 2:04 PM No comments:

The US Army's Future Mission is Vague, Leaving Industry with Little Direction

As an Army Veteran, and having worked in Aerospace over 3 decades to support  Army programs, I found the below article by John Keller, Editor in Chief, "Military & Aerospace Electronics" magazine an objective and disturbing piece.  Note the references to mission vacuum and lack of civilian leadership in Washington D.C.

John highlights that as the nation is struggling with stagnated politics the services are hampered by a lack of hard information to plan ahead.

Mr. Keller introduces a historical perspective and an excellent view of the hard issues, challenges and uncertainty that the Army and industry in its supporting role are facing today.

"A variety of factors are gathering into a potential perfect storm  that could threaten the U.S. Army's future mission, the continuing  relevance of the oldest American military service, and how the defense industry can move forward to support the Army's needs.

Some of these factors are well-known: sequestration, dim prospects  for budget growth, and substantial technology research and development  that for most practical purposes has come nearly to a dead-stop.

Perhaps most serious, however, is how top military and civilian  leadership define the Army's role moving into the future, the top  threats the Army will evolve to meet, and the very relevance of a large  standing Army in an era when large-scale, big-iron military land battles  appear to be part of the past.

Here's where we are today: U.S. military forces are finishing their  exit from Iraq, where they have operated for more than a decade. Their  final exit from Afghanistan is but a few years off, or less. When  operations on Southwest Asia are completed, where does the Army go from  there?

The Army has had a clear set of missions since  the U.S. entered World War II in 1941. Although the close of the Second  World War in 1945 saw a rapid drawdown in U.S. military power, the  strengthening Soviet Union was on everyone's mind.

Less than five years after World War II ended, North Korea invaded  South Korea, which created another sudden and dire mission for the Army.  That mission grew from containing North Korean forces to containing  Communism around the world, which continued until the fall of the Berlin  Wall in 1990. One year later, Iraq invaded Kuwait, which gave rise to  Operation Desert Shield, and eventually the military ouster of Iraqi  forces from Kuwait in Operation Desert Storm, in which the Army played a  central role.

For the next decade, keeping an eye on a contained-but-restless Iraqi  military, on ethnic strife in what then was Yugoslavia, and on other  simmering hot spots throughout the world held the Army's attention and  helped define its mission.

Today things are different. Counter-insurgency operations are nearing  an end in Iraq and Afghanistan, Russia does not pose the immediate  military threat that did its predecessors of the Soviet Union, and  Europe has been relatively quiet.
Still, trouble spots persist in areas like Syria and Iran, but with  no open conflict yet involving U.S. Army forces. There is no immediate  and dire threat in these areas, and hence no clear Army mission-at least  not yet.

I'm not sure there is a role, and I'm not convinced that the top Army  leadership today knows what its role in the future will be, either.  Maybe the Army is at a moment of transition, and leaders will get a  handle on the Army's core mission sometime soon. With the civilian  leadership vacuum we have in Washington, I'm not sure the Army will be  able to do so. If Army leaders are unable to define the Army's long-term  mission clearly, then the defense industry will have no idea how to  proceed, other than to guess.

These factors were on display just below the surface last month at  the Association of the U.S. Army (AUSA). What was striking in exhibits  was a lack of direction in where we go from here. It was as though the  industry were pointing out to the Army officers walking the aisles how  far technology has led us to this moment, yet pleading for direction on  where the industry should go from here."

John  Keller is editor-in-chief of Military & Aerospace Electronics  magazine, which provides extensive coverage and analysis of enabling  electronic and optoelectronic technologies in military, space, and commercial aviation applications. A member of the Military & Aerospace Electronics staff since the magazine's founding in 1989, Mr. Keller took over as chief editor in 1995.

Posted by RoseCovered Glasses at 4:30 AM 3 comments: