CITIZEN PARTICIPATION AND TRUE STATESMANSHIP IN GOVERNMENT AND BUSINESS 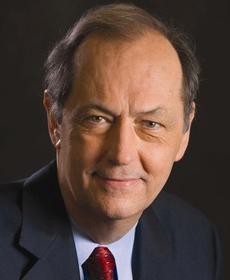 
ABSOLUTE REQUIREMENTS IN OUR AGE

Tyranny sprouts within massive organizations through influences that embed themselves in economies and assume a life of their own. These organizations become entrenched and difficult to change because they are wired to so much of economic and public life (a defense company in every state, a pork project tacked onto a defense appropriation). We target our elected officials as figureheads for our frustration, when in fact the real culprit is a big, faceless machine grinding onward, never changing, because we (the citizenry and the politician) will not bite the bullet and dismantle it.

We applaud the recent commentary in the May 14th, 2012 article in Time Magazine by former Senator Bill Bradley entitled “Citizens United”:


Here is an extract:

“To begin, citizens should insist on a presidential campaign about the future, not a blamefest about the past. Candidates' narratives can have a historical dimension about how we got where we are, but the bulk of their story must be about the future. If what you hear is only blame or bromides, change the channel. Haven't we had enough of those two things over the past 12 years?

Without leaders who level with the people about what needs to be done and how long it will take, there is no way to build support for the tough decisions necessary to solve our problems. People are tired of seeing moneyed interests dominate the House of Representatives — the people's house. They're tired of narrow interests raiding the U.S. Treasury in collusion with members of Congress who, when they leave office, are employed as lobbyists by the very industries whose interests they promoted in Congress. (The same applies in spades to congressional staff.) They're tired of seeing their Presidents appear at fundraisers and hedge their bets and compromise their beliefs to raise campaign money. People are tired of being taken for granted. They yearn for leaders who will level with them, not pander to them.”

As students of history we know much of what we are experiencing today in war and politics is tied to human nature.


“Now is the time for citizens to insist on answers to real questions and for the media to serve the public more diligently than they serve their advertisers. Now is the time for follow-up questions and enough airtime for candidates to lay out their programs. What, specifically, will they do about jobs, the deficit, political corruption? How do they see America's role in the world? Now is the time for politicians to show us that they are more interested in doing something than in being somebody. There is a great difference between a leader and a celebrity. The nation has had enough of politicians fascinated with celebrity. What we need are courageous leaders who serve the public and not themselves, who devise a plan to save the country and fight for it because they know that the well-being of millions of Americans is at stake.”

A new brand of politics and accountability must then emerge, one that will deal from within when organizations self-destruct catastrophically from greed and avarice. The big issue after such events will be: "What do we put in the place of such bureaucracies gone afoul ?" The US political system classically appoints a blue ribbon panel to study such problems spread the blame and write a detailed report no one reads. We must do better then that in the future. The impending trauma will not permit it.

Now is indeed the time for true statesmanship in government business.