A War Veteran's Commentary on the Death of Osama Bin Laden 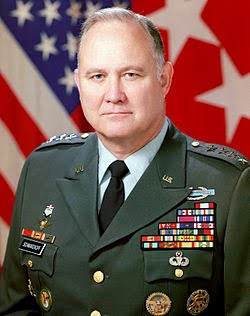 OF TYRANTS AND WISE MEN

The death of this tyrant simply brings to the fore an old threat that had assumed a place of insignificance on the world stage.

We created Bin Laden and many more like him today by military incursions, fought in the memory of 3,000 dead civilians who were attacked because we did not leave the Middle East after the first Gulf War. These incursions were fed by foul, intentionally staged intelligence, fronted by agencies and industries bent on economic gain.

We fought a just and honorable war assisting many Middle East allies and other countries to free Kuwait. General Schwarzkopf is a true American hero. You will note he came home and stayed home. His successors then hung around with an imperialist attitude, resented by cultures that have hated that type of control for thousands of years.

These incursions have killed thousands of our finest youth and maimed the lives of countless others. We learned nothing from the Russians, our own experiences in Vietnam and similar outings in the past.

The average American will pay for this ruin in decades to come through taxes supporting hospital care, social services and veteran's homes.

At the bottom line, the death of Bin Laden will serve to continue motivation that will feed the Military Industrial Complex.

It would have been best if this death had gone virtually unnoticed into the annals of time. The war racket in America will continue until we are totally broke and lack credit in the world community. It will then cease.

That is the death I look forward to. The death of monetary tyranny in war fighting.
Posted by RoseCovered Glasses at 7:32 AM No comments: