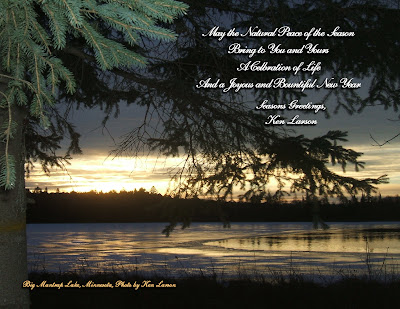 THE CONTRAST BETWEEN PEACE ON EARTH AND TYRANNY

I had an interesting discussion with a fellow veteran recently about the word "Tyranny", using it to describe what is happening in the world today and applying the word specifically to George Bush and his administration. The Rolling Stone Article linked at this post implies such a train of thought may be reasonably accurate from a historical perspective considering how tyranny evolves, grows and employs its methodologies and considering the mess in Iraq on all fronts.

We can think of many historical and recent examples of tyranny. Pakistan for instance is awash with tyrannical approaches as we speak. What is happening in Iraq is a war application of tyranny on so many clan, state and international fronts that it makes the general public dizzy and confused, to say nothing about the maze many world governments find themselves in trying to deal with events as they unfold.

The world is so tightly wired and moving at such warp speed in communications, technology and dangerous weapons that it is extremely difficult to know when tyranny is sprouting because we get overwhelmed with the details and ignore the trends.

Tyranny sprouts within massive beaurocratic organizations that imbed themselves in economies and assume a life of their own. These organizations become entrenched and difficult to change because they are wired to so much of economic and public life (a defense company in every state, a pork project tacked onto a defense appropriation). We target our elected officials as figureheads for our frustration, when in fact the real culprit is a big, faceless machine grinding onward, never changing, because we (the citizenry and the politician) will not bite the bullet and dismantle it. It finally collapses of its own weight.

As students of history we know much of what we are experiencing today in war and politics is tied to human nature. This blog conveys a philosophy on the Military Industrial Complex (MIC) and its impending collapse before that brand of tyranny changes. The Rolling Stone article, though profane in places, is documentation of tyranny after the fact. The logical follow-on to such a debacle is collapse.

A new brand of politics and accountability must then emerge, one that will deal from within when organizations such as the MIC self-destruct catastrophically from greed and avarice. The big issue after such events will be: "What do we put in the place of such beaurocracies gone afoul to manage something as important and expensive as our national defense?" The US political system classically appoints a blue ribbon panel to study such problems spread the blame and write a detailed report no one reads. We must do better then that in the future. The impending trauma will not permit it.

Perhaps we should consult our respective religious beliefs over the holiday period as my best wishes in the photo indicate in an attempt to find a peaceful answer rather than the pointless dribble of material observances and partisan political pickering.
Posted by RoseCovered Glasses at 11:23 AM No comments: