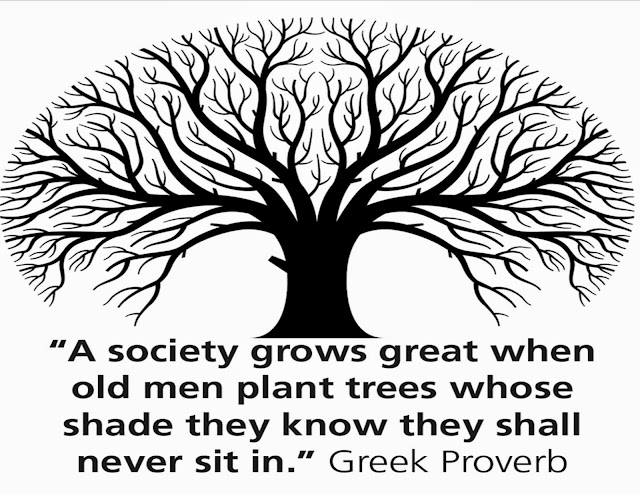 Although by far the most powerful country in the world, the U.S. is suffering from a lack of long term vision. The individual citizen is as much at fault for this condition as the politician or the military industrial complex.

From our political parties to our relationships with each other and with other countries, from corporate board rooms to Wall Street stock run ups, we have lost our long term vision in favor of short term gains.

The results are polarization between the "Haves" and the "Have Nots", ignoring geopolitical realities, engaging in costly war intrusions, neglecting education/infrastructure and accumulating a $28 Trillion National Debt, heavily mortgaging future generations.

National Debt Clock
Geopolitical Realities and the US Role

“To put it simply, a vast swath of the Eurasian landmass (understood to be Europe and Asia together) is in political, military and economic disarray.

Drawing on the recollection of Desert Storm  it was assumed that American power could reshape the Islamic world at will after the US was attacked September 11th, 2001.

All power has limits, but the limits of American power were not visible until later in the 2000s.

At that point two other events intervened. The first was the re-emergence of Russia as at least a regional power when it invaded Georgia in 2008.

The other was, of course, the financial crisis. Both combined to define the current situation.

The United States is, by far, the world’s most powerful nation. That does not mean that the United States can — or has an interest to — solve the problems of the world, contain the forces that are at work or stand in front of those forces and compel them to stop. Even the toughest guy in the bar can’t take on the entire bar and win.”A Net Assessment of the World

David Grammig enlightens us in a recent article in “Geopolitical Monitor “to an alternative to war and debt laden international finance being practiced by the Chinese:

“Geopolitical calculations are as much a reason for this 2-trillion-dollar project as economic ones.

The OBOR project represents one of China’s new overarching foreign policy goals, and it demonstrates a willingness and ability to challenge old power structures, especially in Central Asia and the Middle East.

The Silk Road, or OBOR project, aims at creating an enormous economic bloc and fostering trade, cultural exchange, political collaboration, and military cooperation among its members – under Chinese domination.

An obvious competitor against Russia’s Eurasian Union and India’s Act East and Connect Central Asia initiatives, the OBOR project has many Central Asian and Middle Eastern states justifiably worried of being caught up in a race for dominance in the region, producing somewhat cautious reactions to China’s big plans. Yet, some countries in the region – even those torn by sectarian conflict – may still be inclined to step into a new age due to China’s vast investments and its associated desire to protect its economic engagements.

The United States and its military interventions on the other hand, which aimed at securing political influence and protecting economic interests, bore no sustainable fruits and have led to growing instability in the region. Furthermore, US policy in the Middle East yielded anti-American resentment in the public and political spheres.

China’s approach, however, will most likely not lead to demonstrations, burning flags, and attacks against its embassies, because it will not be seen as a war-mongering imperialistic force, giving itself a chance to establish itself as a partner whose outstretched hand is worth taking.” China - The New Peace Maker in the Middle East

The US Market Mirage

Rana Foroohar demonstrates in Time Magazine how the folly of short term thinking often drives poor investment in the stock market when assessing the value of companies:

“One of the hardest-dying ideas in economics is that stock price accurately reflects the fundamental value of a given firm. It’s easy to understand why this misunderstanding persists: price equals value is a simple idea in a complex world. But the truth is that the value of firms in the market and their value within the real economy are, as often as not, disconnected. In fact, the Street regularly punishes firms hardest when they are making the decisions that most enhance their real economic value, causing their stock price to sink.

There are thousands of examples I could cite, but here’s a particularly striking one: the price of Apple stock fell roughly 25% the year it introduced the iPod. The technology that would kick-start the greatest corporate turnaround in the history of capitalism initially disappointed, selling only 400,000 units in its debut year, and the company’s stock reflected that. Thankfully, Steve Jobs didn’t give a fig. He stuck with the idea, and today nine Apple iDevices are sold somewhere in the world every second.

CEOs, who are paid mostly in stock and live in fear of being punished by the markets, race to hit the numbers rather than simply making the best decisions for their businesses long term. One National Bureau of Economic Research study found that 80% of executives would forgo innovation-generating spending if it meant missing their quarterly earnings figures.

Nobody–not Economists, not CEOs and not policymakers–thinks that’s good for real economic growth. Yet the markets stay up because of the dysfunctional feedback loops. Eventually, of course, interest rates will rise, money won’t be cheap anymore, and markets will go back down. None of it will reflect the reality on the ground, for companies or consumers, any more than it did during the boom times.”
The Market Mirage

From the above analysis by experts, it is apparent that the US is in dire need of strategic vision.  To achieve it we must:

Face geopolitical and economic realities, stop war interventions and invest in relationships within and without our country by offering mutual collaboration.

Cease dwelling on threat and build long term infrastructure, education and international development.  The threats will melt away.

Invest for the long term at the stock holder, company and  national levels based on a strategy dealing with present day and long term challenges in education, communication and society value transitions.

Elect a Congress and an Administration that know how to strike a balance between long and short term actions. We must then let them know what we think regularly by communicating with them.

Know that most cultures and societies in upheaval today are watching our national model and choosing whether or not to support it, ignore it or attack it.

Posted by RoseCovered Glasses at 1:00 AM