"The Marine Corps whistleblower who exposed the Department of Defense's (DoD) delay in providing troops with Mine Resistant Ambush Protected vehicles (MRAPs) has received notice that he can return to work, ending a four-year ordeal in which he had lost his security clearance and faced the loss of his job.

The Navy’s decision (the Marine Corps is within the Navy) to reinstate Gayl’s security clearance came after the Office of Special Counsel (OSC) intervened in the case in October by asking the Merit Systems Protection Board (MSPB) to stay a decision to give Gayl, a Marine Corps science advisor, an indefinite suspension without pay. Gayl's decision in 2007 to tell Congress and the public about the delays in providing troops the heavily armored MRAPs forced the DoD to speed up production of the vehicles and, as a result, likely saved the lives of thousands of troops and prevented serious injuries to many thousands more.

In its request to the MSPB, the OSC cited a petition that the Project On Government Oversight (POGO) and the Government Accountability Project (GAP) had submitted to Defense Secretary Leon Panetta. Nearly 4,000 people signed the joint POGO/GAP petition. The OSC agreed with petitioners that “there are reasonable grounds to believe” Gayl's suspension violates the Whistleblower Protection Act.

The MSPB issued a 45-day stay on Oct. 13 to give the OSC time to investigate whether Gayl had been retaliated against. After Gayl blew the whistle, he lost his security clearance, which kept him from returning to work. His attorneys at GAP argued that the indefinite suspension without pay was a way to "starve him out" of the Marine Corps.

"As former Secretary of Defense Robert Gates noted, thousands and thousands of Marines owe their lives and safety to the brave actions of Franz Gayl," POGO Executive Director Danielle Brian said. "What Gayl has endured is a gross injustice. It's not the way this country should treat its heroes and only underscores the need for Congress to immediately pass the Platts-Van Hollen Whistleblower Protection Enhancement Act of 2011."

“I want to express my deepest thanks to all who have supported me throughout this ordeal. It goes without saying that absent the continuous advocacy of GAP and POGO, I would have been forced from government service years ago. However, the Office of Special Counsel (OSC) under the inspiring leadership of Carolyn Lerner has been the godsend that enabled this recent turn-around. OSC's determination to request a stay, and the MSPB's willingness to support it, allowed enough time for the Department of the Navy to deliver a considered and favorable security adjudication that now permits me to get back to work. I am as committed as ever to return to my Marine Corps to work hard in support of all Marines in the capacities for which I was hired. Again, without OSC, GAP, POGO, and the MSPB, this renewed opportunity would not be possible!” 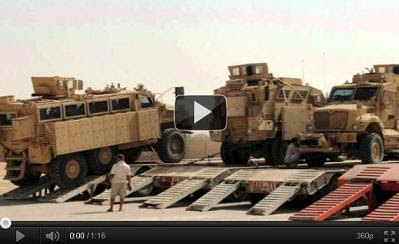 According to the Washington Post in the following article, Marine Corps Civilian Scientist, Franz Gayl:

“…..made a name for himself a few years ago as a Marine Corps whistle blower, a civilian scientist who helped push the Pentagon to shift its Iraqi weapons strategy. Senators called him a hero for disclosures that helped get heavily armored vehicles known as MRAPs to the battlefield.

But a few weeks ago, Gayl found himself booted from a room where confidential materials are handled and stripped of his security clearance. His superiors accused him of "a disregard for regulations, a pattern of poor judgment and intentional misconduct" - behavior that they said "indicates you are unreliable and untrustworthy."

The article goes on to explain that incidents sited in the clearance removal decision were not reported officially as security breaches, but were judgement calls on the part of Gayl's immediate superiors, upon whom his disclosures in the whistle blower incident had applied considerable pressure.

The Project on Government Oversight (POGO) has mounted an electronic mail-in campaign to get the decision reversed:

Will the public respond to this project and can we continue to tolerate this kind of behavior on the part of military officials in a bloated Pentagon spending billions of tax payer dollars each year?
Posted by RoseCovered Glasses at 11:27 AM