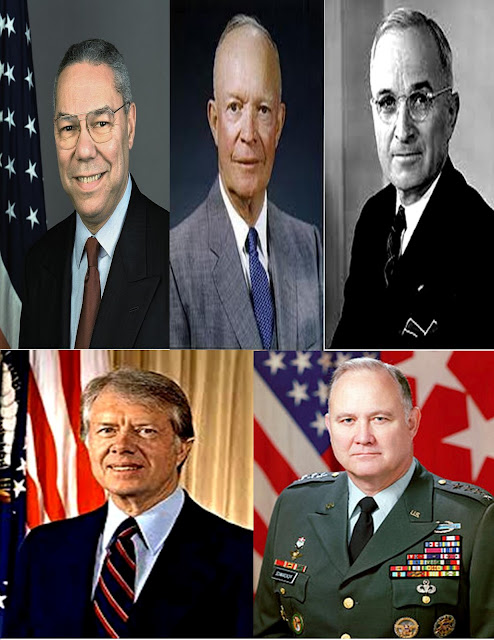 The world is crying for great leaders. They are out there, but I believe they are hesitant to step forward, from the US to Britain and beyond. It is worth examining why and what has happened to some recent United States great leaders.

This author watched for over 35 years in aerospace as the massive machine of government ground up men of integrity who had a true sense of leadership, purpose and service.

Unknown to the average American is the swinging door of military personnel who enter the defense industrial complex and then move on into government civil positions, lobbying activities or enterprises tapping their former service background for gain and greed.  Statesmanship and integrity have a difficult time surviving in that environment. The potential for waste, fraud and abuse is tremendous:

Star Creep and the Revolving Door

Oversight organizations such as POGO have highlighted many cases of abuse where former military personnel have been involved. The POGO data base at the link below has public record details regarding these type of occurrences:

Colin Powell had difficulties in a government role because real integrity fares poorly in the big machine and he made the mistake of trusting the NSA and the CIA, as well as Lockheed Martin, SAIC and CSC on Iraq war policy.

Dwight David Eisenhower was one of the last, great, ex-military presidents who led well in government. He warned us at the ink below about the big machine gathering power as he left office:

Harry Truman could not have made the type of hard decisions and "Buck Stops Here" operations in this day in age. The machine would have crippled him.

Jimmy Carter had integrity but did not fare well because the huge gears of government were grinding away by then.

General Schwarzkopf demonstrated true leadership potential in the first Gulf War but very prudently moved away from the government he served as a military officer when he retired. He was a Vietnam vet who knew the machine too well..

I worked in Aerospace through 7 Administrations and all I saw was the machine getting bigger, grinding up leadership principles, young soldiers, creating new enemies and spewing foreign interventions and profits for large corporations.

Our hope for the future is that the massive machine of government will be re-sized small enough so a true leader with statesman qualities will be inclined to take the helm and steer it in a direction away from political stagnation while fostering a resumption of the premiere place the US has had in history.

We found the STRATFOR Article by George Friedman exceptional in its analysis of the limited power of the President and the absolute necessity of anyone holding office to be capable of evolving coalitions effectively in governing domestically and on the world stage:

Here are some select extracts:
*** "The American presidency is designed to disappoint. Each candidate must promise things that are beyond his power to deliver. No candidate could expect to be elected by emphasizing how little power the office actually has and how voters should therefore expect little from him. So candidates promise great, transformative programs. What the winner actually can deliver depends upon what other institutions, nations and reality will allow him."


*** " The power often ascribed to the U.S. presidency is overblown. But even so, people -- including leaders -- all over the world still take that power very seriously. They want to believe that someone is in control of what is happening. The thought that no one can control something as vast and complex as a country or the world is a frightening thought. Conspiracy theories offer this comfort, too, since they assume that while evil may govern the world, at least the world is governed."

The next great world leaders will be faced with the following:


Let us hope they are up to the challenge

Posted by RoseCovered Glasses at 1:00 AM

thanks for article "WHAT HAPPENS TO ALL THE GREAT LEADERS?" good article