Who’s Really Accountable For Interoperability Between DOD And The VA On E-health Records System? 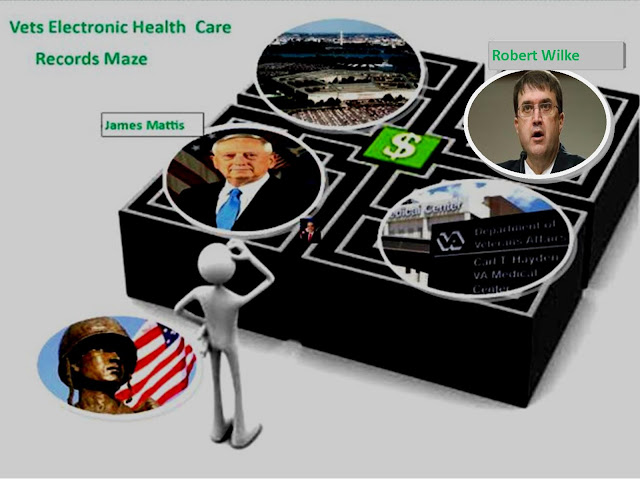 “The departments of Defense and Veterans Affairs both have billion-dollar modernizations in progress for their electronic health record systems. And they’ve each identified who is accountable for the success of those programs.

But the more important question might be: Who is ultimately accountable for seeing that the EHR systems, when fully developed, work together seamlessly as members of the military retire and becomes veterans?”

“House lawmakers pressed this point this week during the first hearing held by the Veterans Affairs’ Subcommittee on Technology Modernization. They examined the role of the DOD/VA Interagency Program Office (IPO), stood up in 2008 for the exact purpose of ensuring seamless transfer of records. So far, though, that office has no real authority over the interoperability of the two programs —VA’s EHR Modernization and DOD’s MHS GENESIS, both of which are based on Cerner’s commercial EHR platform.

Lauren Thompson, the head of the office, told lawmakers that despite the intention of the 2008 National Defense Authorization Act to make the IPO the single point of accountability for the interoperability of the two departments’ EHRs, “at this point in time, we make recommendations. We do not have the decision-making authority.” IPO is based within DOD.
According to the law, said Carol Harris, director of IT management issues for the Government Accountability Office, “the IPO is supposed to be the single point of accountability. So that would include responsibility, authority and decision-making responsibilities. I think that [the office’s current operation, as described by Thompson], is in conflict with the expectation set out by law.”

The departments and the IPO are trying to sort out the interoperability governance now that VA and DOD each has a massive EHR in development. Though they both are developing instances of the same Cerner platform so that interoperability will be easier to achieve, there are still myriad technical and functional decisions that must align so that the data ultimately matches as it flows from one system to the next. VA, DOD and the IPO are in the process of developing new governance bodies and a new structure with the hope that things can be dealt with at the lowest level possible.

“Clinicians talking to clinicians, technicians talking to technicians,” said John Windom, VA’s acting chief health information officer and program executive officer for the new Office of Electronic Health Record Modernization. When disagreements happen, the issues are elevated to new governance boards, but the goal is to avoid that, he said.

Windom explained that the governance process is “evolving,” and it will take time to get there. “The as-is state of the enterprise with the VA is different than the as-is state of the enterprise within DOD. … Now we’re understanding the gaps between how we sought to implement and how DOD is implementing. And so those gaps have to be reconciled, and they have to be reconciled through governance.”

But even with that model, lawmakers were unhappy because there is no single person or organization accountable. “There’s really no one there to break the ties or resolve the differences,” Rep. Scott Peters, D-Calif., said, pushing for action from the president or Congress to spark the change. “The only person both agencies report to now is the president of the United States.”

Rep. Mike Coffman, R-Colo., said perhaps there’s a place for the IPO in the process, but either the DOD or VA should be given the ultimate decision-making authority.

Harris agreed that a “single executive-level entity that is the point of accountability” with decision-making authority and that binds both departments at the deputy secretary level or higher is “essential.”

She doesn’t have much faith in the IPO, though, at least in its current form — and really for no fault of its own.

“They never had to clout to mediate and resolve issues between DOD and VA,” Harris said. “The IPO was never set up to succeed there because neither of the departments were willing to relinquish control.”

Harris called the IPO’s ability to drive the necessary interoperability “lackluster” in the past decade. “In the past situations, what we’ve seen historically is that when everyone is responsible, no one is responsible. I think that’s what has led us to where we are today,” she said. “Accountability has been so diffused so that when the wheels fall off the bus, you can’t point to a single entity who’s responsible. And that’s a problem.”